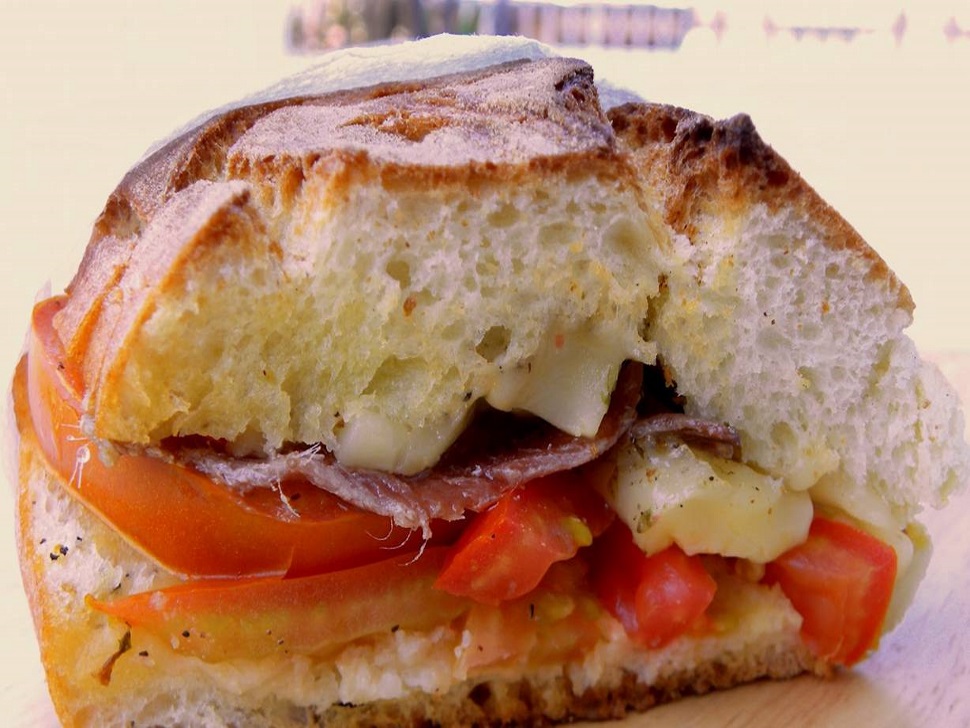 18 October 2018
1968
U Pani Cunzatu (“dressed bread”) is a typical poor meal of the traditional Sicilian cuisine. It’s also called “poor man’ sandwich” because lacking any rich ingredients, poor people used to add  spices that were easily available. Only the luckiest could afford the luxury of rubbing a sardine on the bread, to give it more taste. The recipe, over the time, has seen the addition of more sophisticated ingredients like cheese and tomatoes.  We invite you to prepare your own pani cunzato at home, following the traditional recipe.